We stage theatre there – and more!

The Uckermärkischen Bühnen Schwedt (ubs) with their wide variety of theatre, entertainment and event service welcome about 120,000 visitors and guests annually and, thus, belong to the outstanding cultural locations in north-east Brandenburg. The ubs, municipally run by the town of Schwedt/Oder, are an one branch theatre (drama) both for in-house performances and on tour. They receive a public funding from the , the town of Schwedt/Oder and the Uckermark administrative district. In 2017, the ubs where appointed one of two Brandenburg repertory theatres. 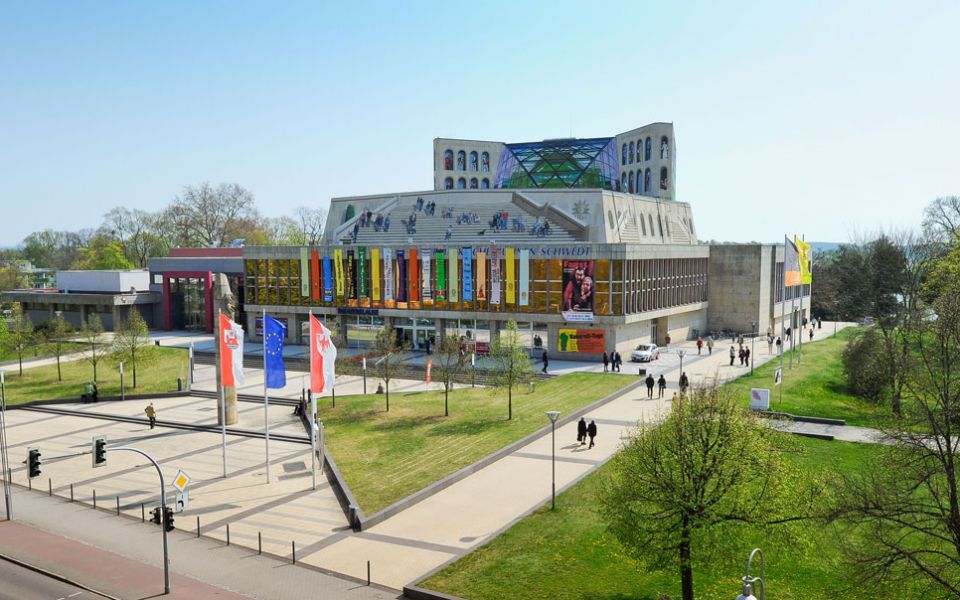 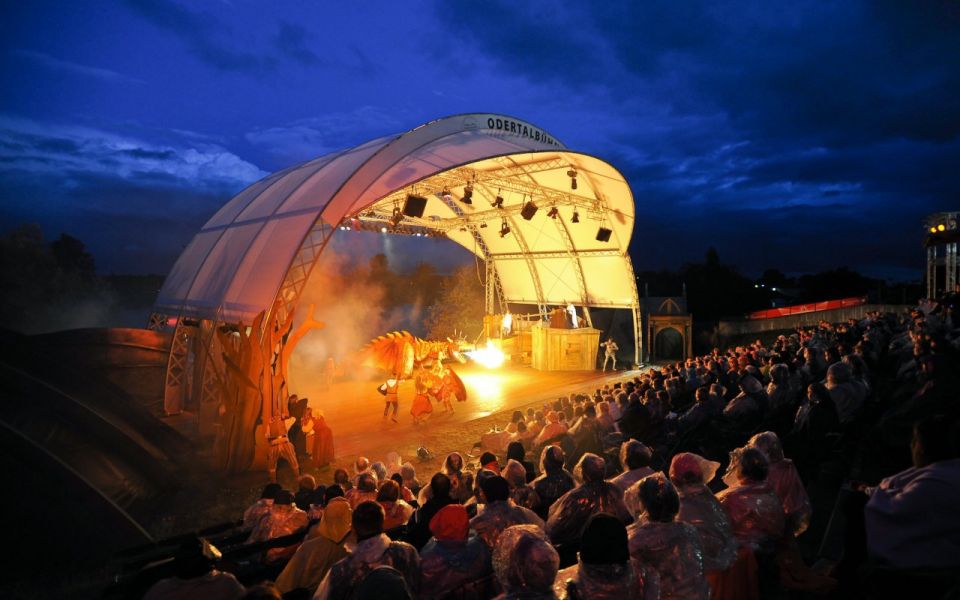 Theatre in Schwedt goes back to a tradition of more than 200 years. Under the last Schwedt margrave, Henry Frederick, an operetta theatre was established, soon getting well known beyond frontiers. At the end of the 70ies, when Schwedt developed into an industrial town, the theatre tradition came into life again. Since 1978, at the place of the former Schwedt margrave castle there is the building of the Schwedt cultural centre (Kulturhaus), of today´s Uckermärkische Bühnen. One year later the neighbouring „intimate theatre“ became home of the theatre company of Prenzlau, hence under the name „Theatre of the town of Schwedt“. In 1990, cultural centre and theatre merged into the „Uckermärkische Bühnen Schwedt“, what was and is a unique constellation in the whole of Germany. 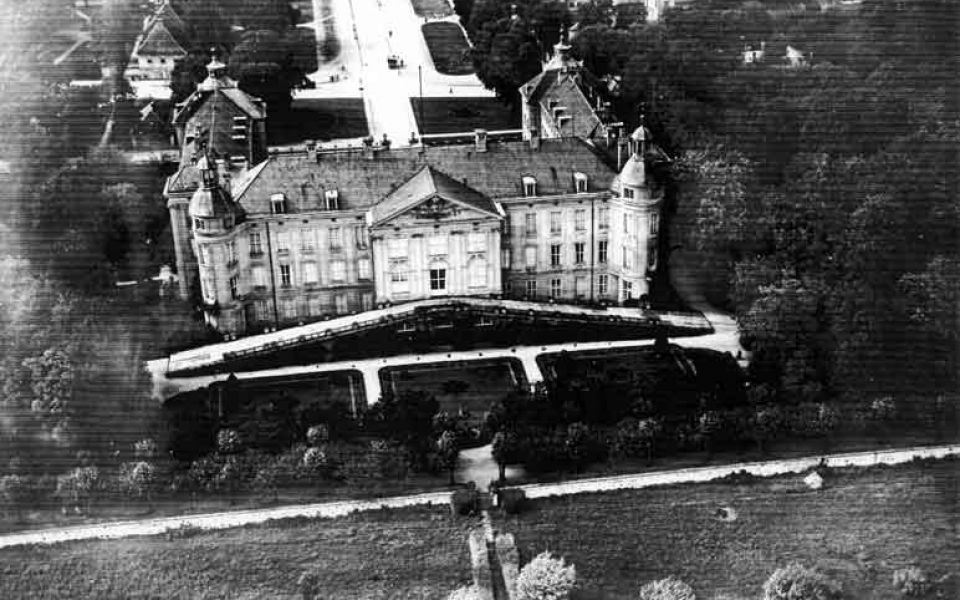 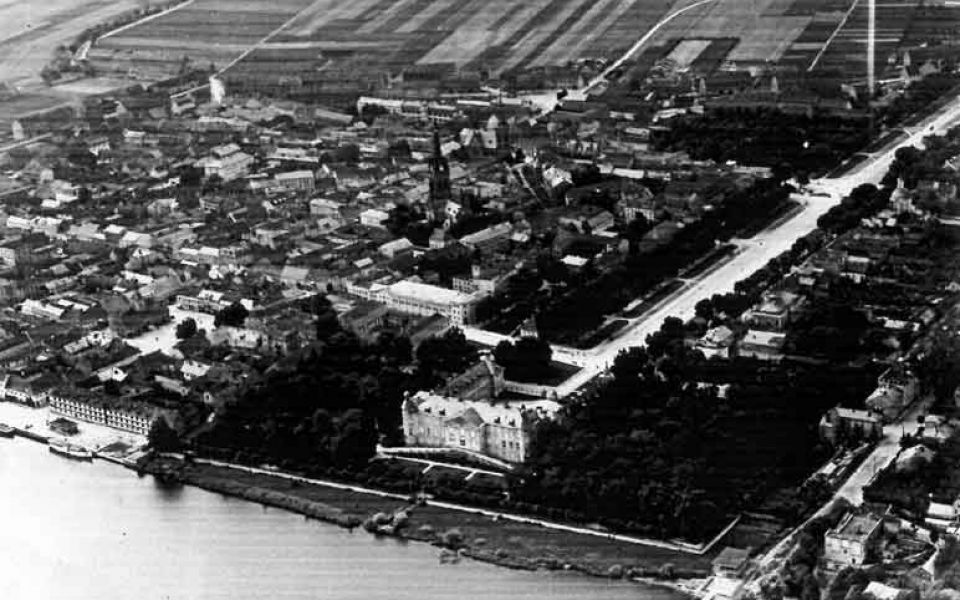 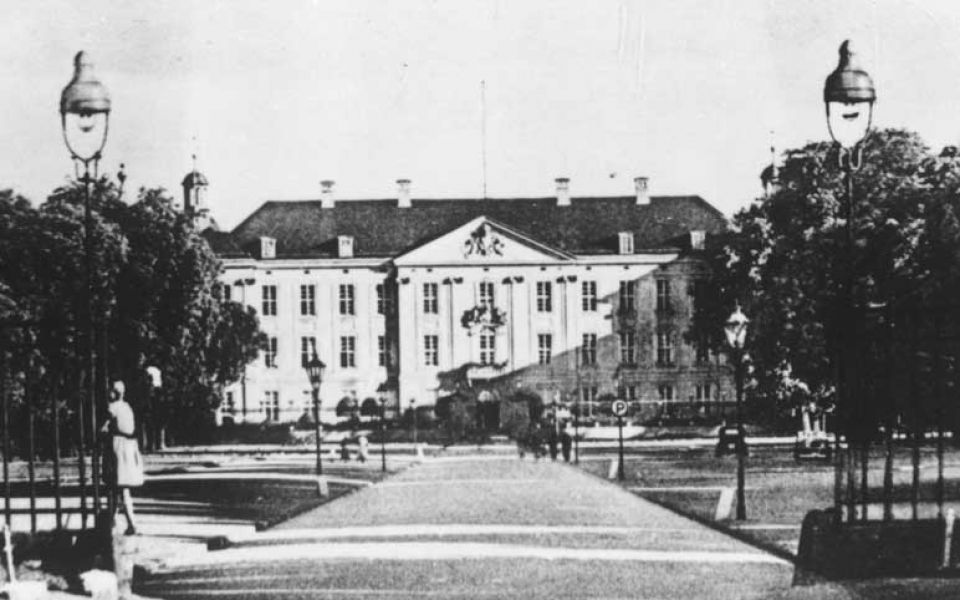 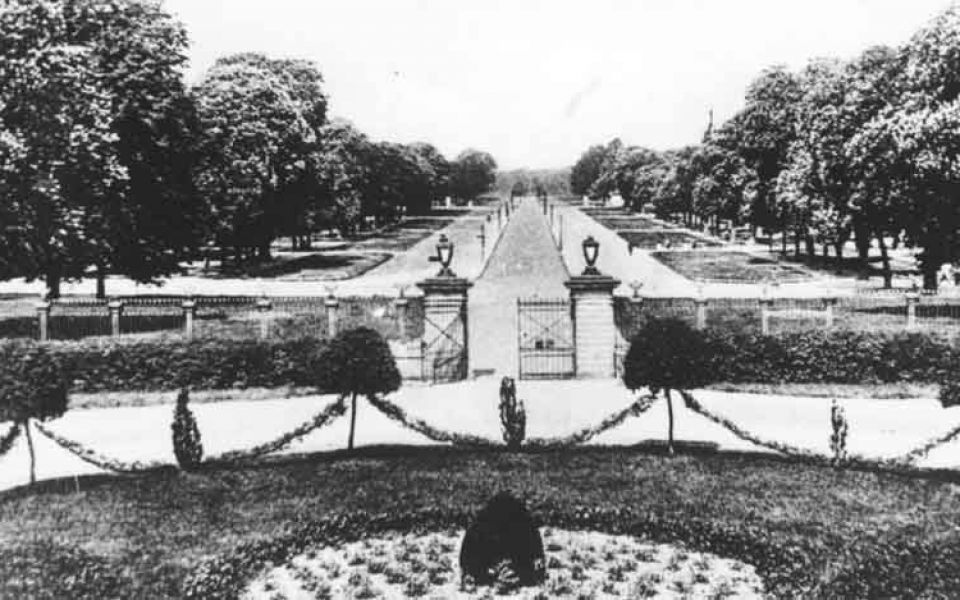 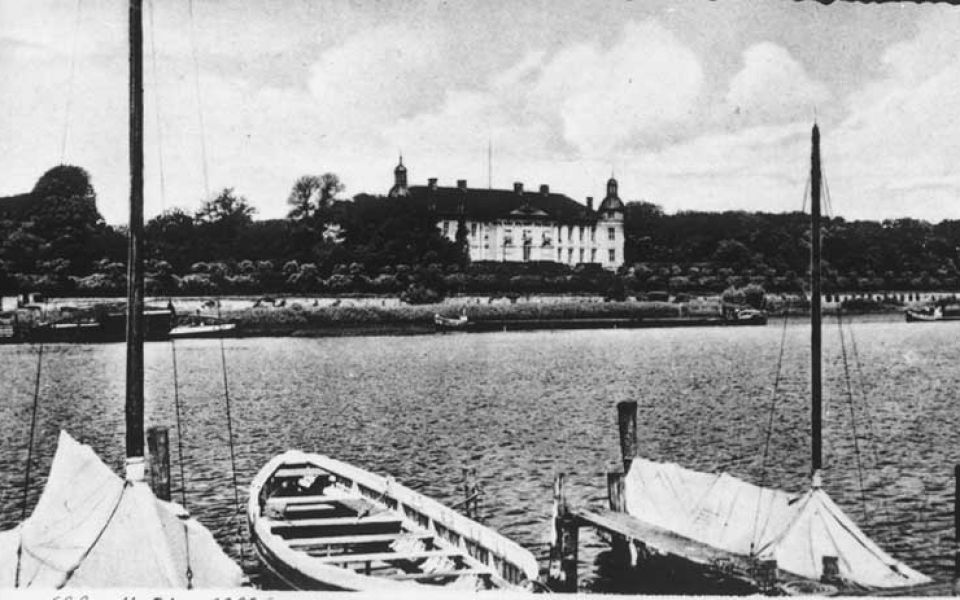 ubs - The TheatreSince being founded, the ubs aim at attracting the attention of a wide audience with a season programme that is characterized by offers of a classical town theatre, combined with concerts, music guest performances and entertainment. For more than 25 years the ubs have been cooperating with artists, theatres and associations from Poland.Today the ubs have six venues to offer their performances and events. The Great Hall with a capacity of over 800 is ideal for own theatre and music productions, entertainment shows, concerts and national or international guest performances. The Small Hall with a maximum of 300 seats is well-proportioned for childrens´ and youth plays, for own music productions as well as concerts and small-scale performing arts. The adjacent intimate theatre with its special studio atmosphere is dedicated mainly to performances of the own company of actors. The intermediate foyer between Small Hall and intimate theatre invitates up to 80 guests to special readings and concerts. The Theaterklause restaurant is the place where since 2009 the “DarstellBar” series have formed – in a double sense – a tasteful unity of theatre and cuisine. In summer, the „European Huguenot park“, charmingly located between the theatre building and the Alte Oder river, invites to its Odertal festival on its flexible open-air stage.

ubs - The Specialist on Events and Conferences

The Uckermärkische Bühnen Schwedt are a professional host to combign artistic offers with meeting and conference needs in order to present custom-tailored event conceptions. Our event profile covers fairs and congresses as well as presentations, balls and exhibitions. The ubs may either be the host for events of external partners or may act as organizer. 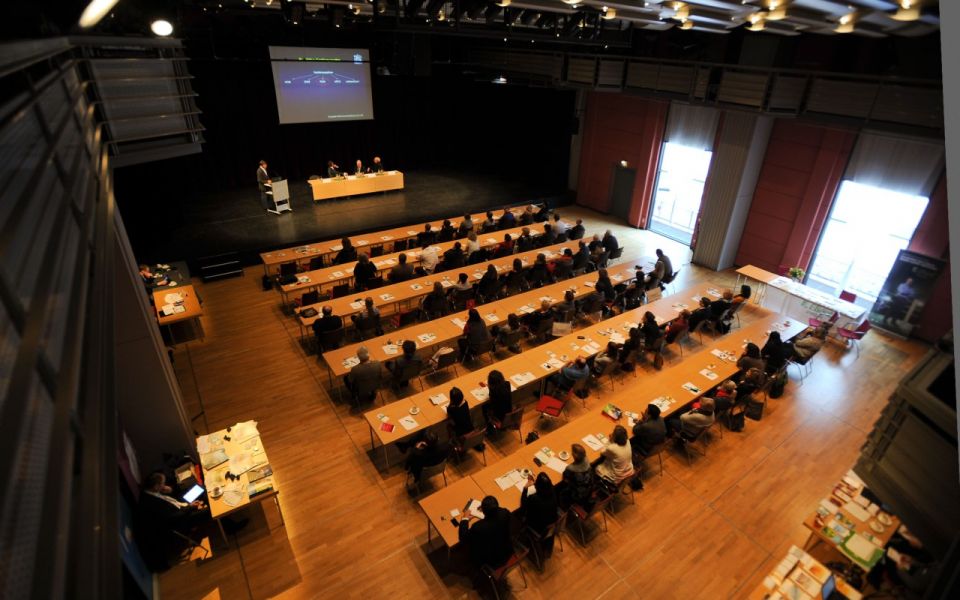 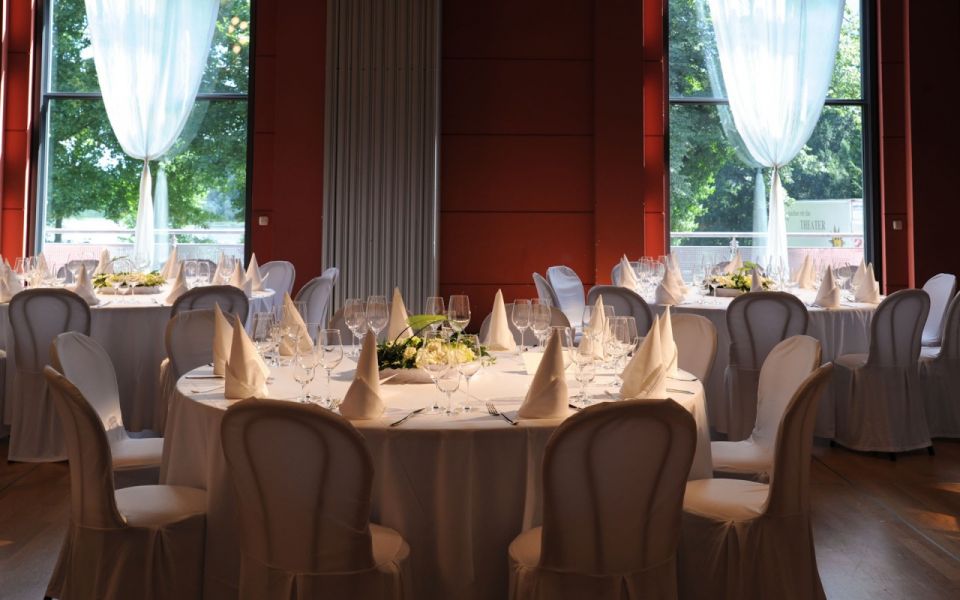 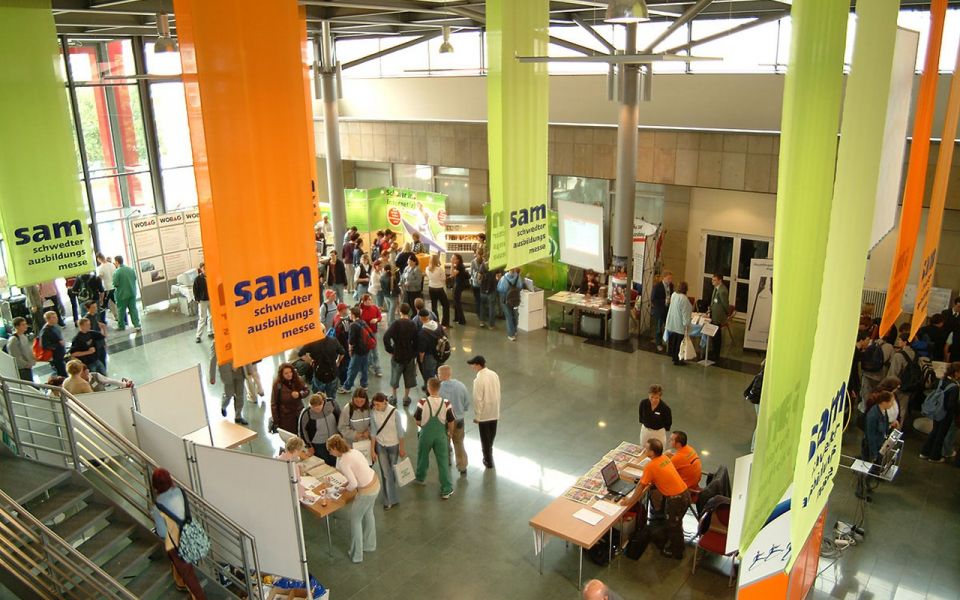 ubs - The Cultural Centre for a Whole Region

The Uckermärkische Bühnen Schwedt understand themselves as cultural centre for the whole region. Their offers are addressed to all groups of age or interest. This includes childrens´ and youth activities as for instance qualifications for teachers, school theatre days and projects on youth theatre, which go far beyond the usual theatre schedule and are accompanied by a theatre education teacher. As well, events enjoy great popularity among elderly people. The ubs are in close contact with associations and organizations, what includes such special offers like morning performances, conversational circles and guided tours. The ubs take an entrenched position within the social life of the region.
Impressum | Datenschutzerklärung | Allgemeine Geschäftsbedingungen | Allgemeiner Kontakt